It’s a well-known fact that Red Bull are the biggest spenders in Formula One and that that they are not shy to splash the cash. But while we know that they pour more than $107 million in to their flagship Red Bull Racing team every year, what’s not as well known is how much they spend on their junior outfit.

The junior team is called Toro Rosso, which is Italian for Red Bull, and their financial statements only recently became public. Unlike their big brother, their spending has been kept largely under wraps, but now Red Bull has revealed just what they are investing in tomorrow’s champions.

The financial statements revealed that in 2016 Red Bull paid Toro Rosso $83.3 million, a whopping 53.2% of its total revenue. And with costs rising all the time in F1, this is no small outlay. As all F1 cars are developed a year prior to racing, the investment in the junior team fuelled their 2017 campaign, where they managed seventh place.

Talk in the F1 Paddock Club has often turned to how much F1 racing costs. Now that Red Bull have released their figures, it’s clear just how invested they are in the future of the sport and the size of the contribution they are prepared to make to keep those watching from the stands. See https://edgeglobalevents.com/f1-paddock-club for information about F1 events. 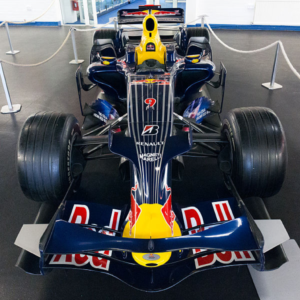 If you look at the financial summary provided by Red Bull, you’ll see that Toro Rosso spent $1.5 million on tax and $153.5 million building its own cars. This left them with a net profit of $1.9 million, which they used to offset their turbocharged investment.

While Red Bull is getting plenty of exposure from both their F1 and junior teams, the big difference between the two is the performance. Toro Rosso haven’t been spotted on the podium much, and they have only won one Grand Prix, in 2008, in contrast to Red Bull racing, which has four titles under its belt. It was this poor performance that led Red Bull to put Toro Rosso up for sale a few years ago, but no buyer was found.

Now the brand seems intent on pouring more money into the team in the hope that it will eventually pay off.